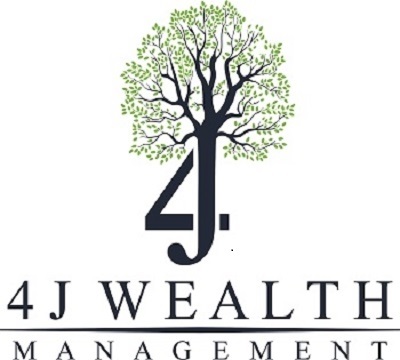 Fighting the Fear through Factfulness

In 1970, an economist by the name of Eugene Fama wrote an article entitled "Efficient Capital Markets: A Review of Theory and Empirical Work”.  Fama sought to prove that capital markets (stocks and bonds) always trade at a price that reflects their underlying, intrinsic value. Eventually this idea became to be known as the “Efficient Market Hypothesis”, or EMH, and something for which Fama would go on to win the Nobel Prize in Economics in 2013.

It’s likely that the EMH framework found its philosophical footing and widespread adoption during the decades in which the free market capitalist ethos dominated. Faith in the distributed and infallible intelligence of markets was consistent and harmonized well with EMH. The investment implications for this new world view, however, were clear: an all-knowing market was always priced correctly, so no one could consistently ‘beat it’.

As we fast forward to today, ‘beating’ the market has become even more difficult than in 1970, and it doesn’t seem to be getting any easier. The dissemination of news and information comes upon us even faster. Computing power and data analytics are becoming cheaper and more ubiquitous. Money is flooding into stocks and bonds to escape low interest rate cash accounts. This is a large reason why the ownership of products like passive index funds have become so popular among investors today.

EMH is a useful framework for how to think about investing generally, but at extremes the perspective breaks down. Notwithstanding, even if it isn’t true always and everywhere, you might still be better off acting as if it was. The biggest chink in the armor of EMH is the fact that investors aren’t always rational when adjusting and reacting to new information.
Last month on December 26th, the S&P 500 rose 5% and the Dow Jones Industrial Average gained over 1,000 points - its largest one-day gain (in points) ever in history. The total dollar gain of the US stock market rise was over $1 Trillion. Aside from being a very, welcome relief from the prior 3 difficult weeks, ask yourself first if during those 6 ½ hours of market trading American businesses suddenly became 5% more productive? Or sell 5% more goods and services? Not quite.

It’s unrealistic to believe that fundamentals, or even new information for that matter, justify dramatic moves like the ones seen on December 26th, but in fact that’s what proponents of efficient markets try to explain away.  The media and pundits have to create a narrative to justify their existence.  Of course, consumers listen and often times react emotionally.
And here is why: human beings have a hardwired, negativity instinct connected to our aversion to loss and pain. The fact is that markets have generally gotten less volatile. Recessions have occurred less frequently. The world has gotten more peaceful, more educated and more prosperous. Ask yourselves: does this sound like the world you read or hear about?  I definitely know it doesn’t feel that way.

In the US in 1775, per capita GDP was $1,883. By the end of 2016 that had risen 27x (in inflation-adjusted terms), to over $53,015. This happened in the face of a Civil War, 2 World Wars, a Great Depression, 4 Presidential assassinations and 9/11. At this pace, if your child or grandchild was born today, by the time they turned 60, their real standard of living would increase 6-fold. Yes, you may object, this period spanning the industrial revolution, the invention of combustible engines and sending humans to space is unlikely to be replicated. Is there really a reason to be optimistic that this trajectory could realistically continue? We believe the answer is not only ‘yes’ but it is actually accelerating in some instances. Never before has the entire world been lifted simultaneously by the gains in progress we are experiencing now.

In the book Factfulness: Ten Reasons We're Wrong About the World--and Why Things Are Better Than You Think, author Hans Rosling encourages us to look past the often pessimistic presentation of the world we're provided with and to instead seek out the facts. We should be able to acknowledge that the rate of progress is meaningful and improving, even if the job's not quite done. In that spirit, here are just a few things that happened last year which that might not have gotten the publicity they deserve:

● The cost of sequencing the human genome dropped to $1,000 from $100 million in 2001. The cost should continue to halve as the number of completed sequences doubles;

● Machine Learning is making significant breakthroughs in understanding and diagnosing diseases like cancer and Alzheimer’s.

These are real strides of progress with real implications which are impacting real lives. And if it’s quiet enough to listen, you may have also realized that they represent real investment opportunities.

So yes, it’s difficult to watch stoically as the market and political cycles wreak havoc for days and weeks at a time. But understand that these represent the more ‘newsworthy’ narratives which were designed to be caught in your attention filter. All the while, the arc of human progress quietly, but relentlessly all the same, marches on.