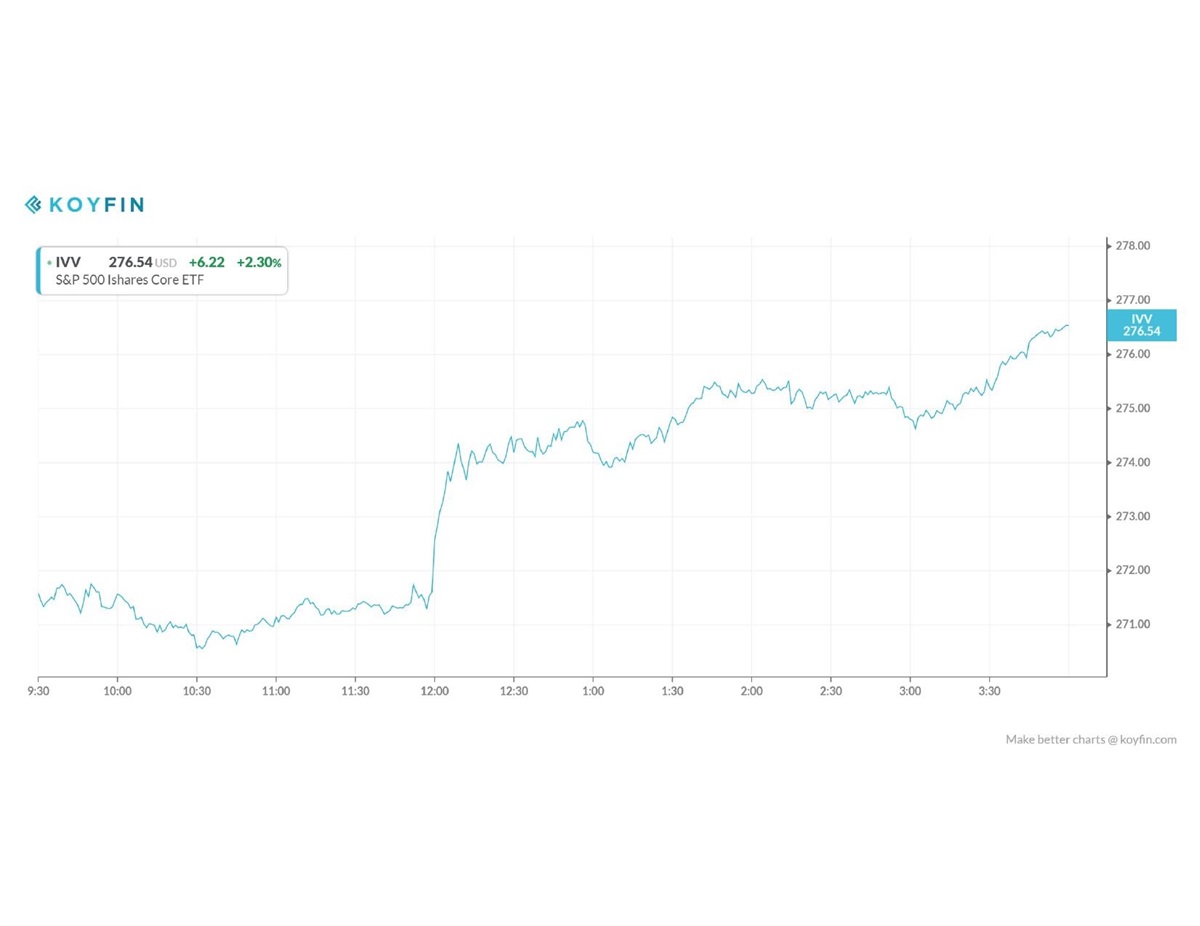 The #S&P 500 ended positive today 2.30%, and the #Dow Jones was positive by 2.44% or 604 points.  We believe today was indicative of the type of market we are in.  #Jerome Powell spoke today at the Economic Club of New York at 12 PM today.  Within minutes of his speech starting, he stated 'Interest rates are still low by historical standards, and they remain just below the broad range of estimates of the level that would be neutral for the economy--that is, neither speeding up nor slowing down growth.'  The words 'just below' were enough to send the market soaring today (see image below) because it indicated a potential change in the Fed's stance relating to future interest rate increases.

Frankly, much of the increase today was as irrational as the declines over the past 2 months.  The market doesn't know how much the Fed will continue to increase or what 'just below' means.  It could mean 0.5% or 1% below a neutral level.  Powell reiterated what was already known: the unemployment rate is at a 40+ year low, inflation remains tame, and GDP is growing around 3% (all signs of a healthy economy).

While its difficult to see your accounts go down (sometimes quite quickly), you have to remember that the market in the short-term is as much a sentiment indicator as it is barometer of fundamentals.  It is a much better gauge of fundamentals in the long-term, which is why we always say that investing in stocks requires a multi-year time horizon.