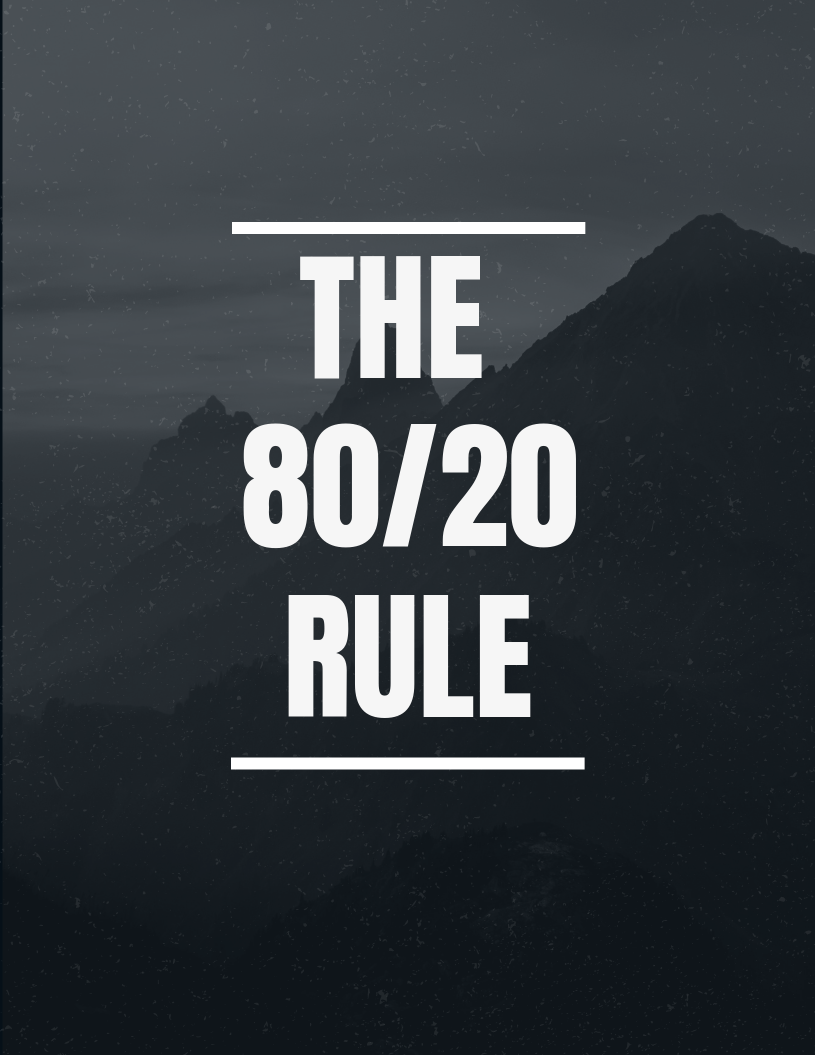 Having recently read Malcolm Gladwell's book, 'David and Goliath' I was reminded of how often we assume being an outsider necessarily means being disadvantaged in some way. Yet, on occasion, this lack of formal inclusion does provide a fresh, unbiased view of a particular field of study, Such was the case with Vilfredo Pareto who came to Economics later in life. Until then, “The Dismal Science” had been more of a study in philosophy but Pareto’s formal background in engineering lent itself towards incorporating mathematics, data, and visuals like graphs and tables. Economics as a whole would eventually follow Pareto’s lead, but until then his unorthodox approach was crucial to the ‘discovery’ he alone was about to make.

The question of how societal wealth (and ultimately therefore power) was distributed fascinated Pareto. As he accumulated various Italian property and income records, he began to plot them graphically. What he expected to visualize was a bell curve (or in what statistics is called a normal distribution) where there are equal, yet smaller, amounts of poor and rich at the edges (the ‘tails’) while about a majority sit in the middle.  What actually emerged was a picture that was significantly more uneven and concentrated. As he plotted further, he noted that this universal phenomena emerged not only just in Italy, but also in Paris and Peru and across different cultures and political systems.

The phenomena he ‘discovered’ was in fact what we now refer to as the “Pareto Principle” or, perhaps more well-known as the “80/20 Rule”. In its most general form, the rule dictates that 80% of some result is explained by only 20% of the inputs or causes. (The 80% also can also be broken down further by the same distribution so that eventually you get the top 1% producing 50% of the results). What is perhaps most fascinating is that some form of this “winner take all” phenomena seems to manifest itself naturally across virtually every human endeavor whether in music, art, literature, movies, sports or even business.

For example, in business, there are anti-trust laws to protect consumers against unfair and anti-competitive practices of a single, ruthless firm. Yet if we look around there are many instances where we find that one or two major players dominate an industry while the rest, unable to differentiate themselves meaningfully, fight over the remaining economic profits. Here are just a few present day examples which many readers may find surprising:

A version of the 80/20 rule also manifests itself through the popular concept of “Life Hacks” which aims to generate a successful outcome by implementing just a few key principles. The goal is not striving for mastery, but rather seeking a minimum, yet effective, level of competence. The world is extremely busy, complex, and noisy, and what undoubtedly attracts us to the 80/20 rule is its call for simplicity. When you employ the 80/20 rule to any aspect of your life you’re essentially reverse engineering, the problem into its component parts. In doing so, you’re going back to the fundamentals much like a slumping athlete returns to the basics. It’s a good reminder to focus first on the big things and only then worry about the specifics.

In translating these concepts to the universe of finance, it’s often our experience that many want to pick the next Amazon (who doesn’t!). However, if we’re unpacking the 80% of variables that lead to the majority of success in your financial life they’d probably look something like this:

Are things like maximizing the income distribution strategy in retirement important? How about if your allocation to US Small Cap stocks is 4% vs 7%? What will be next year’s GDP growth? Yes, of course these matter and are truthfully some of the things that differentiate mediocre advisors from exceptional ones. Often these questions tend to fill up the 20% bucket. They’re important but in the broad picture, these may not even be relevant if you haven’t done enough focusing on 1 through 3.

On a more existential level, the 80% of your life’s contentment can only be answered by you. There’s a decent chance it might look something like this:

But for others, wealth might not even make the 80% bucket. The perfect home in retirement is well...perfect. But it’s the icing on an otherwise really good life. It’s the other 20% we all want. But we know that without your 80% in place, we don’t have quite the same meaning and capacity for enjoyment.